Born November 29, 1949, in Hamilton, Ontario, Rogers grew up in a musical family and taught himself how to play guitar at age five. As a boy, he spent his summers in Nova Scotia – mainly in the seaside community of Canso, where his mother grew up. His time there inspired his love of maritime life and music.

Known for his lively stage performances and rich baritone voice, Rogers’ songs were deeply personal, recounting the experiences, joys and sorrows of ordinary Canadians. He attracted a growing following with the 1976 release of his first album, Fogarty’s Cove, and the raucous sea shanty, “Barrett’s Privateers.” The title track from Northwest Passage, released in 1981, is considered one of the best songs ever produced in Canada and has become an unofficial anthem.

Rogers has been likened to Bob Dylan and Woody Guthrie and described as one of the most talented singer-songwriters in North America by some of folk music’s biggest stars. He released four albums before his tragic death in an airplane fire in Kentucky on June 2, 1983, at the age of 33. Another seven albums were released posthumously.

The issue includes a booklet of 10 Permanent™ domestic rate stamps, an Official First Day Cover (OFDC) and a limited edition framed stamp enlargement and OFDC. Designed by Steven Slipp and printed by Lowe-Martin, the stamp features an illustration by Peter Strain, who worked from two photographs: one by Paul Coates of Rogers performing at the Calgary Folk Festival in the early 1980s (foreground); and another by Darren Calabrese of Fogarty’s Cove, Nova Scotia – the name of Rogers’ debut album (background). The illustration on the front of the OFDC shows Rogers performing at the Dalhousie Arts Centre in Halifax in the early 1980s and was based on the cover of Rogers’ album, From Coffee House to Concert Hall (1999). The Official First Day Cover is cancelled in Hamilton in July, the month in which the annual Stan Rogers Folk Festival is held in Canso, Nova Scotia.

Stamps and collectibles are available at canadapost.ca and postal outlets across Canada. 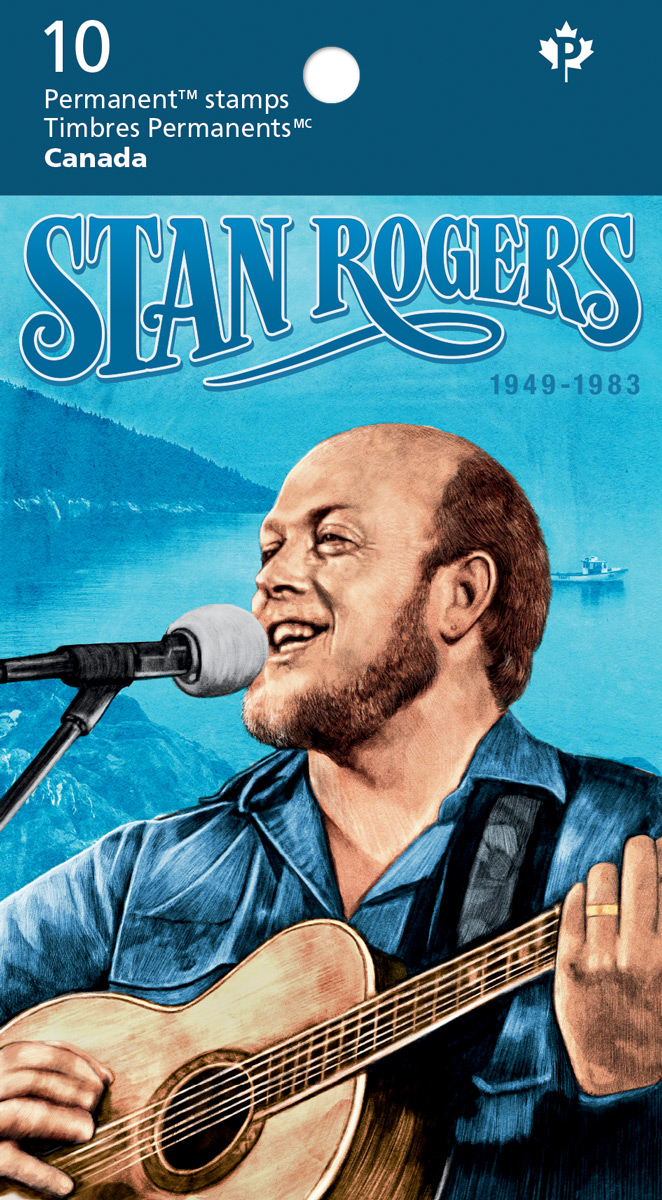 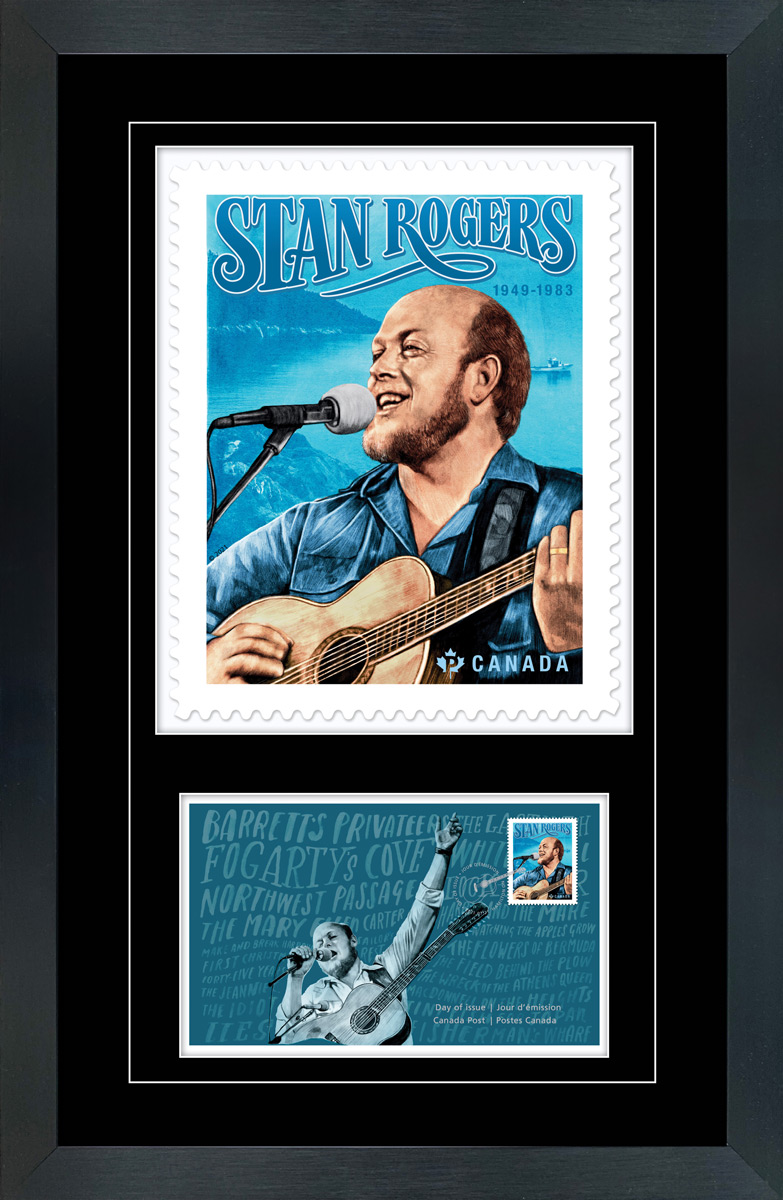